Discover it with No Limits Travel & Tours

No Limits Travel & Tours invites You to discover Albania, the small country in the south-eastern coast of the Adriatic Sea, with a great hospitality, tradition and the ancient civilization, not only the local, but also Greek, Roman, Byzantine, which have left their traces in its territory.

Language: Albanian (survivor of Indo-European branch)
Currency: Albanian Lek (Lek)
Time: Albania’s standard time is one hour ahead of Greenwich Mean Time.
Flag: The Albanian Flag has a red background on which is a black eagle with two heads.
Religion: Three main religions: Muslims (60% of the population), Orthodox (30%) and Catholic (10%). They have good relation with each other.

The climate in Albania varies according to time and place. In general Albania has a Mediterranean climate, with cold winters and hot summers. The northern place of Albania is known for its heavy rainfalls, fresh air during the summer as it is a place with mountains, lake and rivers. The Central and South Albania is characterized from hot summer, rainy winter day. The Adriatic and Ionian cost can exceed 40 degrees Celsius during summer (June – September), which makes swimming much more enjoyable. Albania has a favorable geographical position because it is situated in the crossing point of the shortest roads which pass from the western Mediterranean countries to the Balkans and small Asia. This nation has a mix of natural beauty, virgin beaches and rocky mountains.

Albania is in southeast Europe, situated on the western part of the Balkan Peninsula. It borders Montenegro to the North, Serbia to the northeast, Republic of Macedonia to the East and Greece to the South. Washed by the waters of the Adriatic and Ionian Sea. It’s coastline is 362 km long.

All the foreigners from the following countries enter the Republic of Albania without a visa, with the passport and by paying 10 Euros.The foreigners that enter without a visa have the right to stay in Albania only 30 days for an entry and they may stay up to 90 days within the calendar year.

The citizens of the following countries may obtain a visa at any entry point by payment: FYR Macedonia (10 euros; at the Embassy 5 euros), Montenegro (free of charge), Israel (30 euros). The citizens of other countries are required to obtain visas at the missions of the Republic of Albania that cover the country of residence. These missions can also provide them with the necessary information about Albania. The Albanian Ministry of Foreign Affairs web site is www.mfa.gov.al, carries information in English and Albanian about visa requirements and where to apply.

All personal items, new or old may be taken into Albania without incurring custom duties. A reasonable amount of tobacco, beverages and perfumes for personal use is allowed. Prohibited items include firearms, ammunition, narcotics, drugs and goods jeopardizing the observance of public order and social security. Special export permits are required for precious metals, ancient coins and scroll, antiques, books and works of art, which are considered to be part of national culture and heritage. 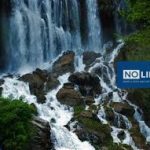 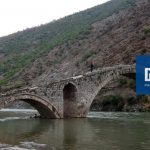 Via Egnatia from Ura e Kamares 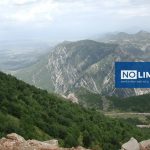 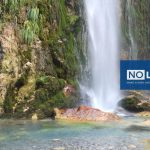 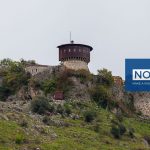