11 facts you need to know

The good news for travelers to Greece is this: ignore the crisis headlines. Away from the grim scenes in central Athens, life goes on as normal; there’s little sign of impending doom, instead it’s consistent blue skies, clear water and good cheer. These tips are the accumulated wisdom of avid Hellenophile Marc Perry, after three trips around northern Greece over the past three years, on foot, buses and trains.

1. Never ask for a second opinion

This goes for finding out times or directions – you’ll create a street-side debate and probably end up confused by too many conflicting options. Everyone has different views: this being the birthplace of democracy.

While it’s still state owned, it’s cheap. For example, the 350km stretch between Thessaloníki and Alexandroúpoli costs just €13. Thanks to German engineering the mainline trains are very modern and sleek, and thanks to Greek attitudes the staff manning them are so laid-back they’re practically horizontal. Once, after I missed my station – due to not being able to read or hear Greek properly – the guard phoned ahead to an oncoming train, pulled into a siding and let me off to switch. Being British I expected a fine, but all I got was a friendly pat on the back, a chuckle and a big grin from the guard.

These state that something must absolutely definitely be done in a certain way – but if you smile, make a fuss, or know someone, maybe not. Places where I was told I absolutely must book ahead swung their doors open when I turned up spontaneously, so do try your luck.

Greeks are family-centric. If you want to make friends, take the initiative. When you cut through the blank looks, the bluff and the gruff – especially of older men – people will talk to you forever and are extremely warm and helpful. Do learn a few well-chosen phrases as it helps melt the Greek reserve. A quick ti-kanis(“how are you?”) goes a long way.

Buses and trains often leave you waiting, so half an hour means an hour and a half, one hour means three. Chill out. You’re in a beautiful, warm, laid-back place. A Greek friend once observed: “When we meet for coffee we mean three hours, not ten minutes.”

Rough camping is largely tolerated. People even camp under “no camping” signs, and if rules are ever implemented, it’s in a casual manner. Impromptu campsites often pop up at favoured beaches, and in select places nudism is allowed too; great for those seeking that all-over tan. The islands of Samothráki (or Samothrance) and Amorgós have a particularly good reputation for natural living hippy-style: fig leaves provided free of charge.

Greece is so hot you have to chill out somehow, so try the local alcoholic beverages: tsiupouro, (pronounced chib-ber-roo), distilled from grape residue, has you laughing all night yet waking up with a clear head. “God gave us it to think clearly,” according to a Mount Athos monk, whose brotherhood does a fine line in their own brand. For sober refreshment, drinking water is freely available at ornate town springs and village fountain-taps, so save yourself a few Euros by topping up a water bottle.

Greece is an Orthodox Christian country. Don’t be surprised to see roadside shrines and people signing the cross. Older passengers on buses and planes sign when it gets bumpy or if there’s a near miss. If you’re Catholic be choosy whom you share this with ­– the schism between Orthodoxy and Catholicism is still a bone of contention in certain quarters.

9. Get off the beaten track

Greece is littered with ruins, coves, little islands and quiet villages that you’ll never find in tourist literature. On the hilltops of towns and villages I’ve often found an ancient column kicking about in the grass, and on the southern outskirts of Ierissos in Halkidhikí, curiosity led me to find a natural cave, complete with stalagmites and a small stream, inside a quaint little church. Seek out these hidden gems before your fellow travellers ruin the experience!

Food served partially warm is normal, so don’t complain – there’s plenty in that golden sun to warm your bones and enrich your memories for years to come.

Queuing is largely an abhorrence to Greeks (unless it’s to make a confession to a priest!) so sharpen those elbows and show your assertive side.

This site uses Akismet to reduce spam. Learn how your comment data is processed. 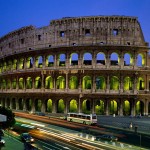 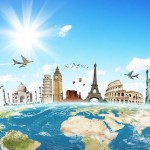 5 Reasons why you should travel a lot! 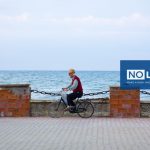 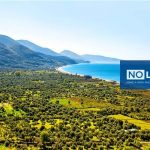